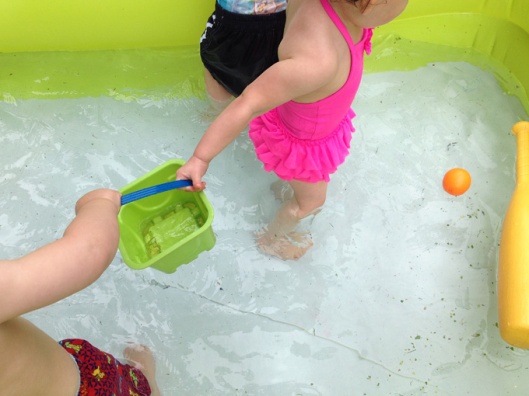 Our nephew had his 3rd birthday party today. Loads of fun for all involved. I took close to 100 photos, but this one was the one I designated in my head as the photo of the day before I shot it. My project being “One Shot – One Chance,” after all. But it was particularly hard to do today because so many more good ones came along later. I was tempted to just choose one of those, but they show faces. I am not so sure their parents would be thrilled with my using them here – especially since I knew none of them.

So, that brings me back to my first one. This was the pool party portion of the day. These two, obviously, each wanted to play with this bucket. It was quite the tug of war game for a few seconds. I’m not sure who let go first, but there were o tears shed thankfully.